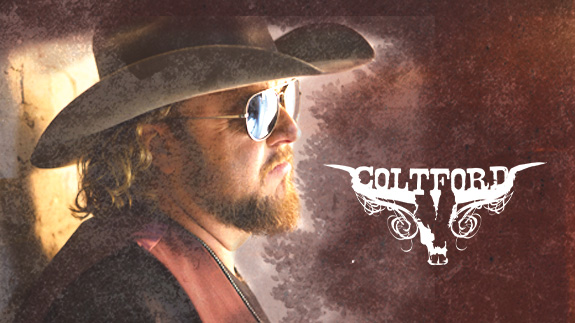 Colt Ford consistently blazes his own trail. By doing so, the Georgia singer, songwriter, rapper, musician, performer, and co-founder and co-owner of Average Joes Entertainment keeps up pace as country’s preeminent independent maverick. He notched five consecutive Top 10 debuts on the Billboard Top Country Albums Chart with Declaration of Independence bowing at #1 in 2012. Two years later, Thanks for Listening ascended to the Top 10 of the Top 200, with the album reaching #1 on Billboard Rap & Independent charts. Meanwhile, he lobbed six songs onto the Hot Country Songs Chart with “Back” [feat. Jake Owen] going Top 40. Among many accolades, Ford received a nomination in the category of “Vocal Event of the Year” at the Academy of Country Music Awards for “Cold Beer” with Jamey Johnson. Some of Colt Ford’s other top songs include “Declaration of independence”, “Chicken and Biscuits”, “Country Thang” and “Cut ‘Em All”.