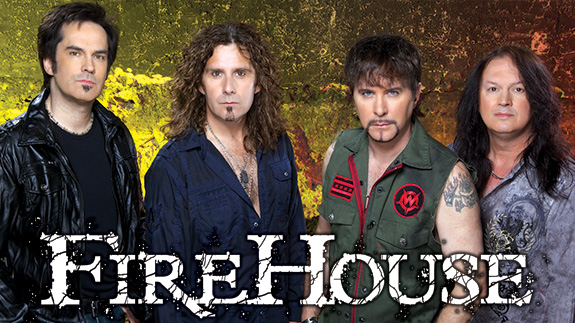 FireHouse has been rockin’ for over a decade. Their music has taken them all over the world and has produced Gold, Platinum and Multi-Platinum records in the United States and countries abroad. In 1990, their first album, entitled FireHouse, was released. The band’s first single, Shake & Tumble, had impressive radio success. The band then released Don’t Treat Me Bad, which became their first Top Ten hit. This was followed by Love of a Lifetime, which also entered the Top Ten, reaching the #3 spot on the United States charts. This string of hits vaulted their first album to double platinum status in the United States; also going gold in Canada, Japan and Singapore. At the 1991 American Music Awards, Firehouse found themselves standing before the nation accepting the award for Best New Hard Rock/Metal Band, chosen over Nirvana and Alice in Chains. As music changes over time, FireHouse continues to evolve their musical style; yet, at the same time, hang onto their hard rock roots. Released in October of 2003, album number 8 is no exception. You can expect to hear what FireHouse is famous for … soulful, melodic hard rock.

Tickets on Sale Monday, November 29 at 9am.