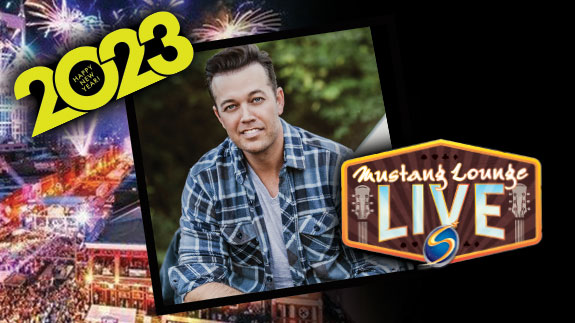 LIVE AT THE MUSTANG LOUNGE.

All the way from Nashville!

No. 1 Billboard-charting artist Lucas Hoge can craft a song, cast a line or call in a turkey in front of a film crew, all while holding an audience’s attention on stage when performing. Lucas’ full-length album Dirty South ascended to the No. 1 spot on the Billboard Country Album Sales chart during its debut week, and since then he’s ascended to the Top 30 on Billboard’s Country Singles chart.