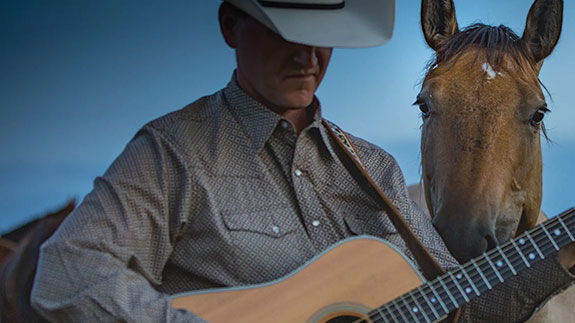 Steve Turner was born and raised on the White Earth Reservation where is he an enrolled member of the White Earth Band of Ojibwe. In high school, when Dolly Parton was looking for a choir to perform “He’s Alive” at WE Fest, he was picked out from a group of local choirs to be part of this moment.

In 2012, on a whim he entered a karaoke contest where he finished second out of 9,000 contestants, which landed him back at WE Fest as the opening act for Keith Urban.

A captivating singer/songwriter, his lyrics are reflective of his roots, his family, his beliefs and his love of country music. In 2018, Steve moved to Nashville where he quickly found himself on some of the most notable stages in country music, including the world-famous Tootsie’s Orchid Lounge and The Bluebird Café. He even played at Tootsie’s during CMA Fest in 2019.

Steve’s in the process of releasing new music from his album, “Troubadour Dream”, including his latest single, “The Truth”. Listen to all seven singles to date on your favorite streaming platform.