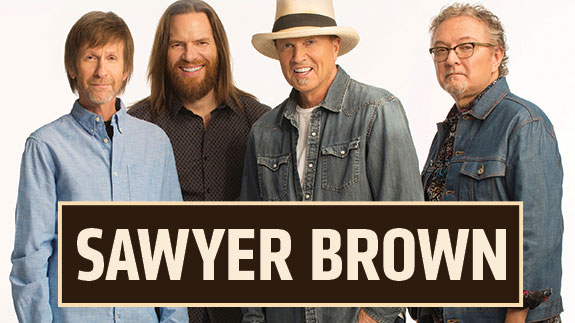 More than 4500 shows and counting. More than a million miles behind them and still seeing the highway miles click by outside their bus window. Twenty-three albums. More than 50 chart singles. CMA, ACM, and CMT awards on the shelf. To pull a line from one of the band’s enduring hits: “This is the life and times of a travelin’ band.” The band’s live shows are legendary. Having been described as “the Rolling Stones of Country Music,” the band bounds onto the stage night after night, delivering its own unique brand of high-energy entertainment, and the band remains a perennial favorite at fairs, festivals, theatres, and casinos. Some of Sawyer Brown’s hits include “The Dirt Road,” “Some Girls Do,” and “The Race is On.”

Tickets on Sale Monday, December 13 at 9am.